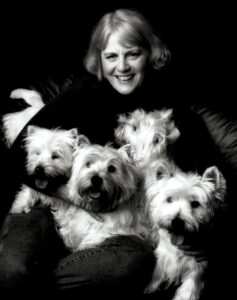 Purebred dogs have been an important part of my adult life. The first thing I did when I graduated from college was buy a beautiful, well-bred Dalmatian.

Obedience classes led to trial competition and eventually a Utility Dog title. A compliment on his conformation led to the breed ring and an owner-handled champion, puppies, more titles, High in Trial, a win at Westminster and lots of friends all over the country.

My first West Highland White Terrier was a gift from my husband. With the Westie, came new experiences: winning from Bred-By Exhibitor, Best of Breed, Best in Show and titles in Agility, Rally and Earthdog. Now we have a pack of Westies-that have recently been joined by some Norwich Terriers.

During the years, it was important for me to acquire a strong background in canine behavior both from an educational and practical perspective. Education included animal behavioral studies at the University of Pennsylvania, Pennsylvania State University and University of Michigan and dog training apprenticeships under Bill Koehler and Milo Pearsall. I served as training director and/or instructor for seven kennel clubs in PA, WVA, OH and GA and taught training classes at PSU. Additionally, I ran my own training school in Morgantown, WVA for six years.

In 2004 the AKC presented me with a bronze medallion honoring my 25 years of judging. I am licensed by the AKC as an obedience and rally trial judge for all classes. Also, it approved me to judge Westies and Dalmatians, and for a provisional license for bulldogs and Boston Terriers, all-breed, and Junior Showmanship.

Helping people and their pets is a joy. Breeding outstanding, typey, healthy, companion dogs with a stable temperament is a passion. 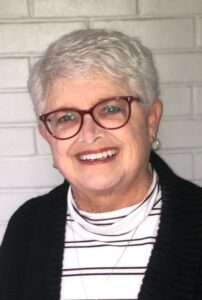 Barbara Morgan grew up with and loved bulldogs from her earliest memories. Her grandparents bred and showed the breed in the 1940’s and 50’s and there was always a bulldog in her family home. Her grandparents’ CH Spook of Edgewood was a multiple Nonsporting Group winner. From an early age Barb knew she wanted her own bulldogs, and many years later that wish finally came true.

Barbara got her first pet bulldog in 1993, and then her first show bulldog, CH Edwards’ I’ll Be Juggered was obtained from Barb Edwards in 1994. Her foundation bitch, CH Edwards’ Lady Guinevere, came from Barb Edwards in 1996. In 1998, Barb and her late sister, Harriet Muetzel, finished their first home bred champion, CH Legacy Royal Flush. He was from their first litter and was just 12 months of age.

From then on, good luck seemed to follow them. Our Legacy Bulldogs, named in honor of their grandparents, has been fortunate and proud to produce over 25 champions. These include MBIS, MBISS CH Legacy Only Calvin Klein; MBIS MBISS Am. Can. CH Legacy Take Me To The Copa, BISS GCHB Legacy To Be With The Archangels; and BISS GCHB Legacy The Big Chill. The goal of their breeding program has always been to produce dogs that adhere to the standard in the health, appearance, and temperament.

In 2002, Karyn Simmons joined Barb and Harriet and became an invaluable asset to the breeding and showing program, as well as a dear friend.

Apart from dogs, Barb enjoyed an almost 30-year career as a school psychologist. She is now retired and loves having more time to devote to breeding and showing. Barb has two adult sons, their wives and five beautiful grandchildren. When she is not working with the dogs or going to shows, Barb enjoys reading and especially spending time with her family and friends. 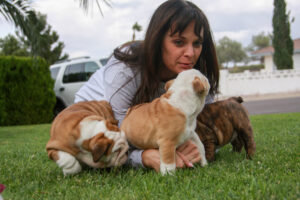 Julie Babcock purchased her first Bulldog and started showing Bulldogs in 1991. Over her 30 years in the breed, she has bred over 12 champions and also finished multiple imports. Some highlights she has had in Bulldogs:

*     Breeding Jack (Int. Am., Ireland Ch. Babby’s Wanna Be Startin’ Somethin’ Of Surf City 1CC, 2RCC) the first AKC Champion to win a Challenge Certificate in the UK since Am Ch Vardona Frosty’s Masterpiece over 55 years ago. Jack went on to breed multiple champions in South Africa;

In her free time, she loves to vacation in her home state of Wyoming.

This is a judge change from Mrs. Doris Boyd who is unable to travel at this time. 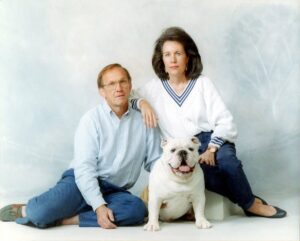 I earned a B.S. in Education at the University of Oklahoma. While wrestling at OU, I lettered three years on the wrestling team winning the NCAA Championship in 1960 and runner up in 1961. While coaching at Kapaun Mr. Carmet High School in Wichita, Kansas, my wrestling team had a National record of 15 consecutive years without losing a dual match. Our dual record for 21 years was 128-17-2.  After retiring from breeding and showing, I continued to assist in the wrestling program at Kapaum.

Caroline and I began out love of Bulldogs around 1980. CH Millcoats Titus was our first National winner finishing his championship at 10 months with all major wins. CH Millcoats Gianna won the Nationals in 2000 and 2001. We were fortunate to have bred and owned over 100 champions with 93 home bred. Thanks you for the opportunity to judge again at the National level.

Having finished breeding and showing, these days you will find Duwane and me enjoying more time with our son and our two grandchildren, Aaron and Katie.  2021 brought us some exciting changes, as Katie graduated with her master’s degree in Occupational Therapy and will get married on 2/26/2022.  Aaron continues to have a successful career in Human Resources with no plans to get married.  My spare time is spent volunteering with an organization that feeds and clothes the homeless in our area. I share the work with Duwane, as he is my driver.

When people think of Millcoats they tend to only think of Titus, who was such a lovable boy with an insatiable appetite for fun.  But we now have two Bulldogs, Ch Millcoats Pi and His Eye Is On The Sparrow, a Titus frozen semen puppy.  Pi is bossy, and, Sister, as we call Sparrow, is sassy, so they are a joy to be around and keep us on our toes.  We have been truly blessed, not only with Titus, but with all the Bulldogs we have had over the years, a legacy made possible through Duwane’s competitiveness and desire to achieve the goal he set out as a young exhibitor.  And one I was honored to support by loving and spoiling all the puppies and dogs as they came through our lives.

I am so looking forward to this judging assignment next November and cannot wait to see you all there.  Thank you for this once in a lifetime opportunity! 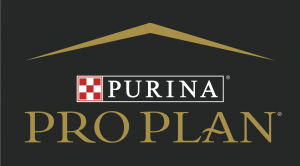 Please let us know if you are attending our show and if you are staying at our Host Hotel.