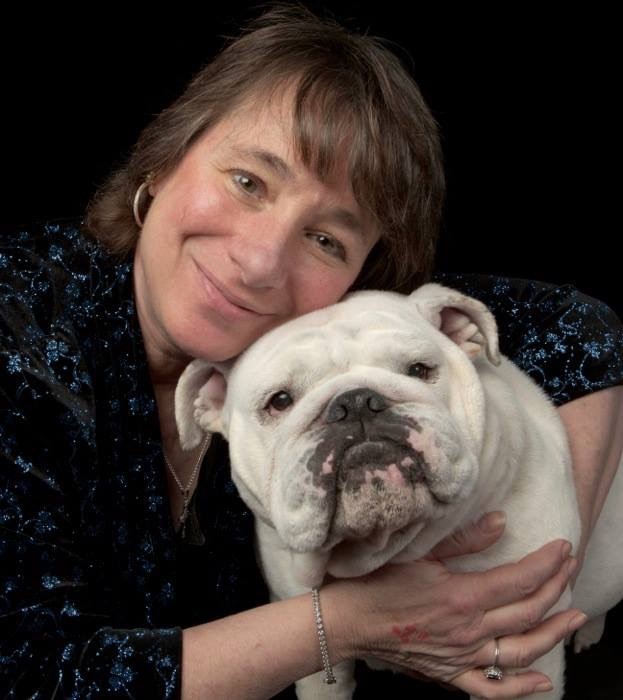 I would just like to say this is great honor to be asked to judge this very special week!

I have been in love with bulldogs since I'm 5 years old. In 1987 I bought my first pet from Marge Deyorra, Dey Del Bulldogs. He died at a young age and Marge was kind enough to give me pick bitch from her next litter. Her name was Del Del's Its a Miracle. She was my foundation bitch. She was pointed and got her Companion Dog Obedience title and Therapy Dog title. Marge taught me to raise litters and I became the puppy nanny for most of the tri-state. It was great fun raising kids and puppies. I have been raising litters for over 30 years. Bulldogs, Pekingese Chihuahuas' and Brussels Griffons for many show breeders.

I have 10 home bred Champions. I've won sweepstakes and veterans twice at our National Show, also Best of Opposite Sex at Westminster and Eukanuba, Best bred By Exhibitor at Eukuanba.

2016 I received reserve Winners Bitch at the Bulldog Club of America National Show.

I have been a professonial Dog Groomer owning my own business since 1985.

I have been married since 1983 and have 3 grown children. One beautiful grand daughter
BCA Division IV: Dog Classes 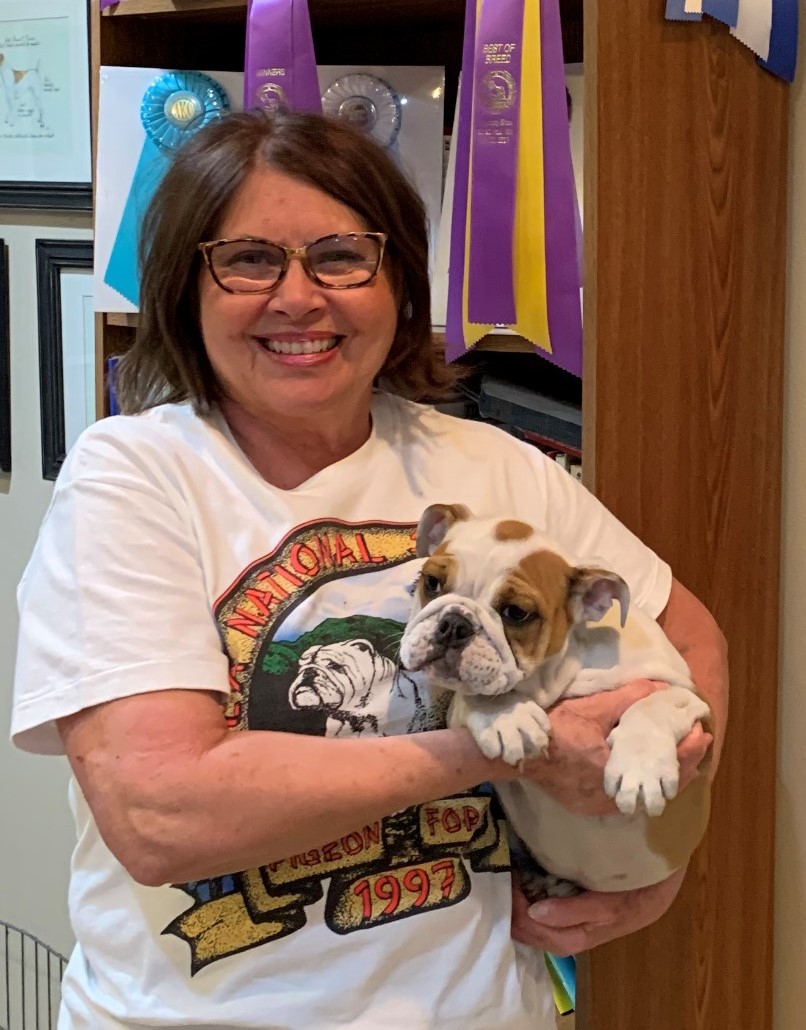 As a young girl growing up, Roxanne Williamson's family was very involved with breeding, raising and showing Purebred Arabian Horses. Her father, Ed, was one of the very first (and largest) breeders in the state of Iowa. So, showing animals was in her blood, so to speak.

She loved horses, but her true passion was dogs. Growing up, Roxanne's family had many dogs. After she was married and living on an Iowa livestock farm, she had several dogs at one time and her two daughters, Mia and Mindy, grew up with them by their side. Fast-forward to when her youngest daughter, Mindy, decided to quit college and move to California to follow her passion of Arabian horse. Roxanne felt ok about it, she was following her dream. She really hated that she left college, however two years later she, and her soon-to-be husband, Steve, came back home to Iowa to get married at the local church in which she grew up in.

On her wedding day instead of primping and fussing to prepare herself, she was calling Bulldog Breeders in the area to find a companion for the newly purchased male Bulldog (Max) they had bought at a pet store. Roxanne asked Mindy, "Don't you have anything else more pressing to do on your wedding day than to call about Bulldog puppies?" Eventually she found a litter of Champion bred Bulldog pups, but the only drawback was they were only 3 weeks old -- too young to go back to California after their wedding.

Roxanne and her husband agreed they would meet in February at the annual Scottsdale Arabian Horse Show to hand Maggie over to them. After the Scottsdale Horse Show, the newly weds took Maggie back to California, but soon realized with all their traveling, they couldn't take proper care of her, so Roxanne got Maggie back to live on their Iowa farm.

The year was 1989. Roxanne began learning as much as she could about the Bulldog breed, and she developing a huge passion for them. She soon started raising Bulldogs, breeding Champion-sired Maggie to a Champion male. She then kept her very first homebred Champion female. She knew that Bulldogs were a difficult breed, however she wanted to improve upon the breed the best way she could. Roxanne is happy to say she has produced 6 generations of long lived, healthy happy Champion Bulldogs.

Even though her time was restricted to primarily farming, she has been honored to be a BREEDER OF MERIT with the AKC. Roxanne has been induced into the BCA HALL OF FAME with numerous Champions. She has championed out several purchased Bulldogs. Roxanne has also had numerous BOB at specialty shows. She has attended and enjoyed many Bulldog National Events. One of her highlights is the true honor and privilege to have been the co-breeder/owner of the Best of Opposite Bulldog at the 2014 National Show with “GCH CH Cazetts Lucky Penny”. THAT was the ultimate dream.

Roxanne has had the privilege of Judging our beautiful Bulldogs since 2016. She is currently Treasurer of the Bulldog Club of Central Iowa and is on the Board of Governors for Division VI. Roxanne was the Morning Hospitality Chairman for the 2018 Bulldog Nationals, and lastly, President of an all-breed Club in her area. She has enjoyed traveling to dog shows and making so many lifelong wonderful friends that are also owned by their Bulldogs.
BCA Division IV: Veterans and Intersex 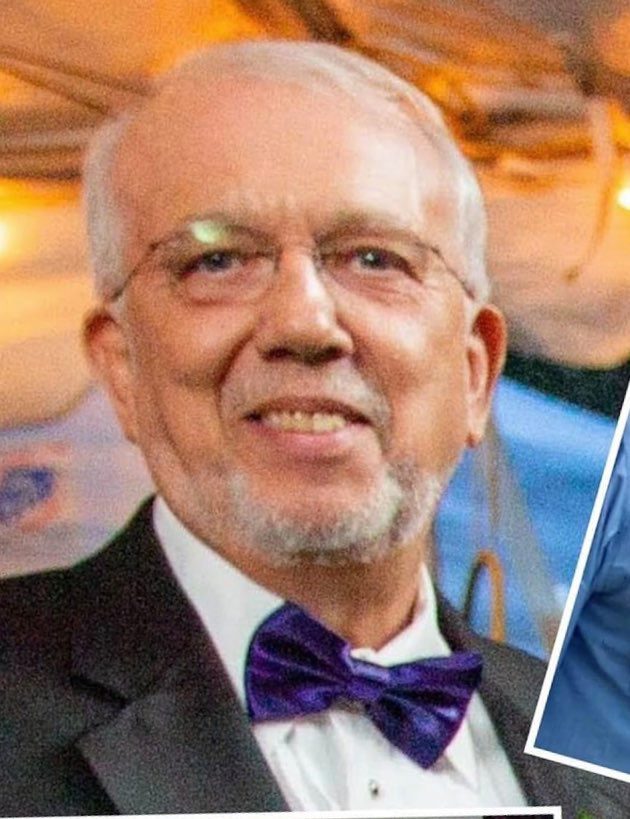 Robert W. Rodenski of Fredericksburg, Virginia, "Ski” is an owner, breeder and judge with nearly 50 years of experience in Bulldogs, Bulldog specialty clubs, all-breed clubs and the Bulldog Club of America.

Ski started showing dogs while stationed in Alabama in 1972. He purchased his first Bulldog from Frank Hopkins who was known for his Billyhops kennels. Ski and his wife are known for having the Fidelis Bulldogs kennels and with very limited breeding and exhibiting, are in the BCA Breeders Hall of Fame. He has also been the BCA National President twice and has served in several Division 7 offices and positions. He has been active in four National Show Weeks and was working with the Division 7 members for his fifth Nationals until postponed in 2020.

While Ski is most proud of the impact he has had on mentoring and encouraging many of the BCA current members and exhibitors, he would like to profoundly thank the 2021 National Show Committee, Officers and members of the Bulldog Club for honoring him with this judging assignment.